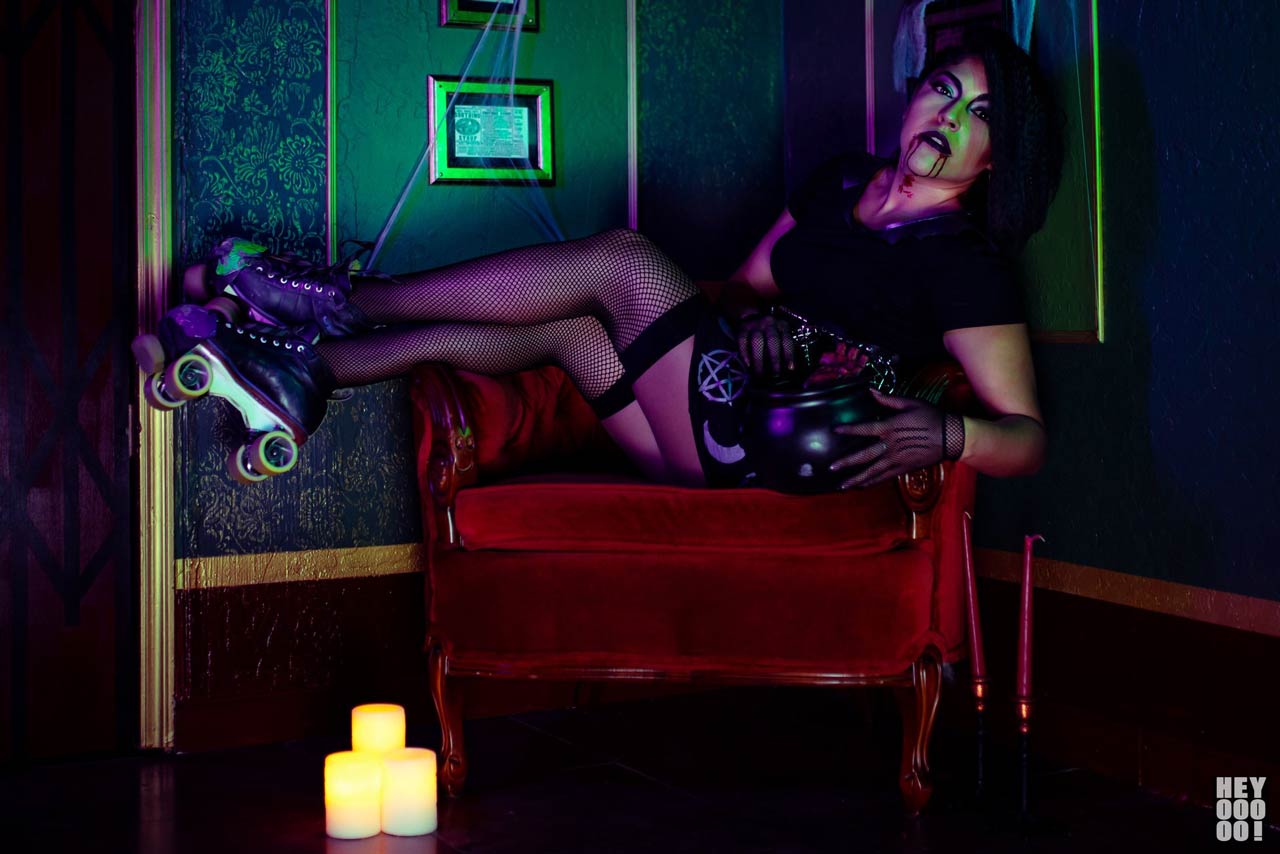 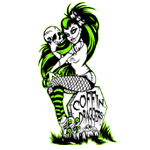 Zorra lured her prey by entrancing the young men with her seductive siren’s song and the promise of respite.

For many years she was able stay hidden and free from persecution; free to practice her witchy ways. Late one night while stalking her next victim, Zorra fell captive to a vicious witch hunter.

After discovering her immense power, the witch hunter could not keep Zorra captive and sought out the Coffin Draggers to enslave her away from mankind.

Donning a pair of skates as shackles, Zorra and her derby captors circle the track destroying everything in their path.