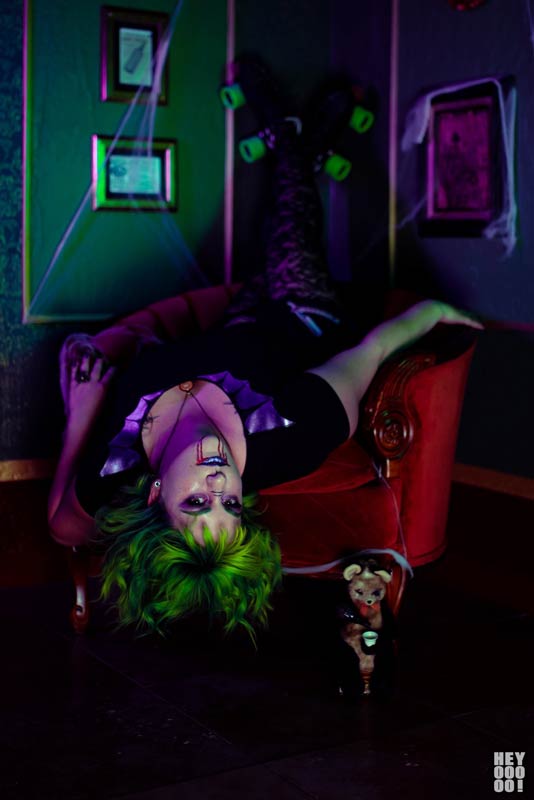 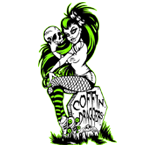 One night on a full moon, Panda had decided to go to a Calabrese concert (her favorite band). While she was there they played all of her favorite songs about zombies, ghosts and werewolves, not knowing that what they sang about was going to be more real than she could ever imagine.

The pit went wild and Panda was sucked under, no one could save her in time and she was trampled by the feet of a thousand fans.

When they finally removed her body she had black bruises around her eyes and nose like the markings of a panda and there was a blood splatter on her left cheek resembling a paw print.

The examiner couldn’t continue looking at such a gruesome sight, so they rushed her into a coffin and buried her. When she woke up from the death she was dug six feet under the earth in a casket screaming just like line in the song said that she heard as she died.

She knew no one would be able to hear her screams so she dug her way out and came across a house of mystery and could hear noises from within.

She thought to herself “Well I’m a zombie now what could I have to fear?” She went in and saw a man attacking a woman on roller skates so she lunged in and attacked him ripping him apart, limbs flying through the air, when she looked up she saw it was actually an entire group of roller skating zombies, their shirts read “Coffin Draggers.”

There was a sinking feeling that the man she had just brutally murdered was actually trying to escape the horde of zombies attacking him but it was too late, she had become one of them.

The Coffin Draggers smiled at her, reached towards Panda picking her up off the ground and saying, “Welcome to the Draggers kid. You are one of us now.” She smiled with such great joy in her undead heart as they skated off into the fog.