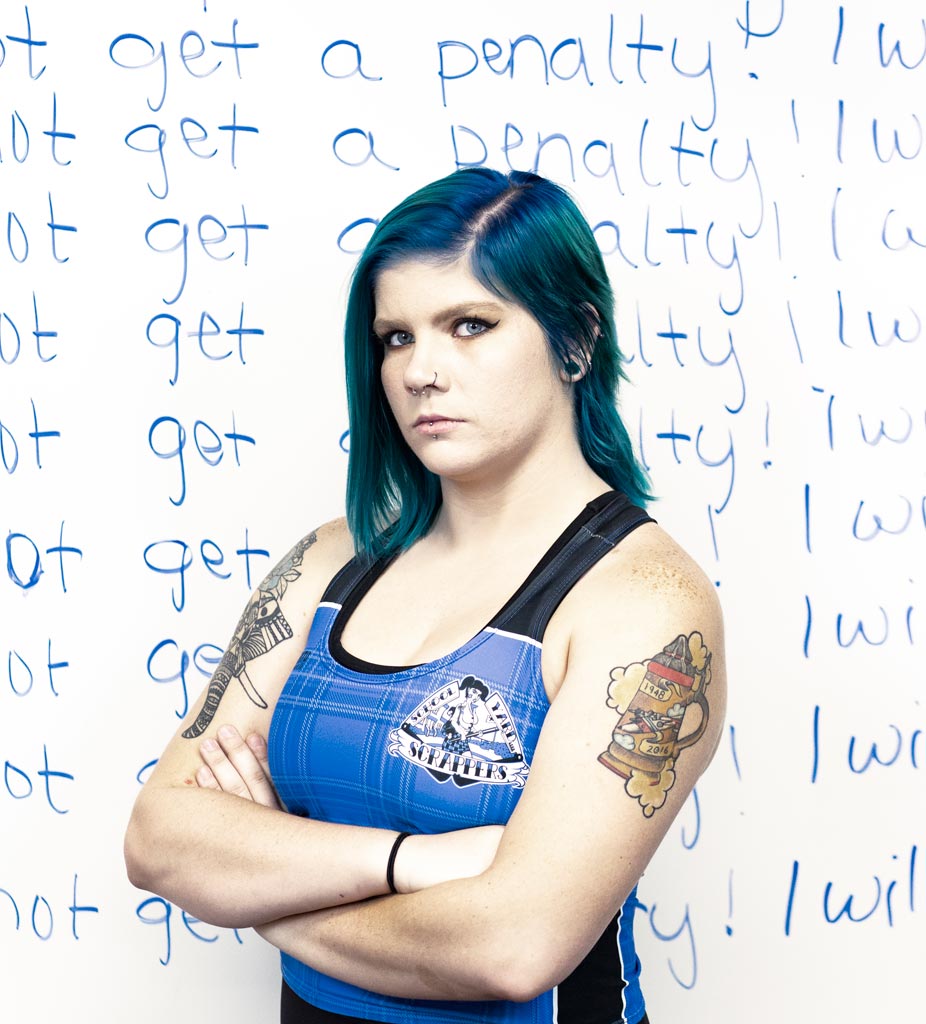 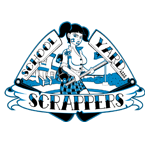 She has been skating for 6 years now and learned about derby from her sister.

She got her derby name because she sneezes like a high pitched hamster and her friends dad called her Pikachu and it just kinda stuck. She just changed the letters and her number is a Pokémon number.

She skates for her job.

Hobbies: She plays video games, soccer and loves to sing even if she doesn’t think she’s good at it she still does it because she loves to.

She collects buttons because she just loves the way they look and there are so many buttons with pictures of things she likes.

She has 3 tattoos. She has a Pikachu sleeping on a pokéball on her ribs it is like the inner her and she loves Pikachu, the second one is a heart and a semicolon on her wrist for the suicide/depression project for people who have been through it or have family or friends who are going through it. And the third is a matching tattoo with her sister on my right thigh.